The screening 18.03 ar 18:00 will include Q&A with cinematographer Richard Kendrick

MUST SEE FOR ALL CREATIVES
ROGUES AND WANDERERS

Shot in stark black-and-white, Song of Granite follows traditional Irish folk singer Joe Heaney on his artistic journey from Ireland to the United States; a journey that leads to his own downfall.

Enigmatic and complex, Joe Heaney was one of the greats of traditional Irish singing (sean nós). Shaped by the myths, fables, and songs of his upbringing in the west of Ireland, his emergence as a gifted artist came at a personal cost. Featuring performances from Colm Seoighe, Macdara Ó Fátharta, Jaren Cerf, Lisa O’Neill, Damien Dempsey, and sean nós singers Mícheál Ó Chonfhaola and Pól Ó Ceannabháin, and beautiful black and white cinematography, SONG OF GRANITE is a distinct portrait of Heaney’s life and a marvelous exploration of music and song.

“If Andrei Tarkovsky had grown up in rural Ireland, he might have made a biographical cine-memoir as luminously beautiful as Song of Granite.”
Stephen Dalton, Hollywood Reporter

“Pat Collins’ retracing of the colourful journey of the sean-nós singer is poetic, innovative and a treat to all lovers of Irish folk music”
The Guardian

“Song of Granite will be a very important film this year and I highly recommend it to anyone with even a passing interest in Irish culture.”
Hannah Lemass, Film Ireland Magazine

“There is a dream-like quality to this film: it is beautifully shot, there is a wonderful atmosphere, it is restful – you can get carried along with the film with your imagination and drift away.”
Deirdre de Grae, Film Ireland Magazine 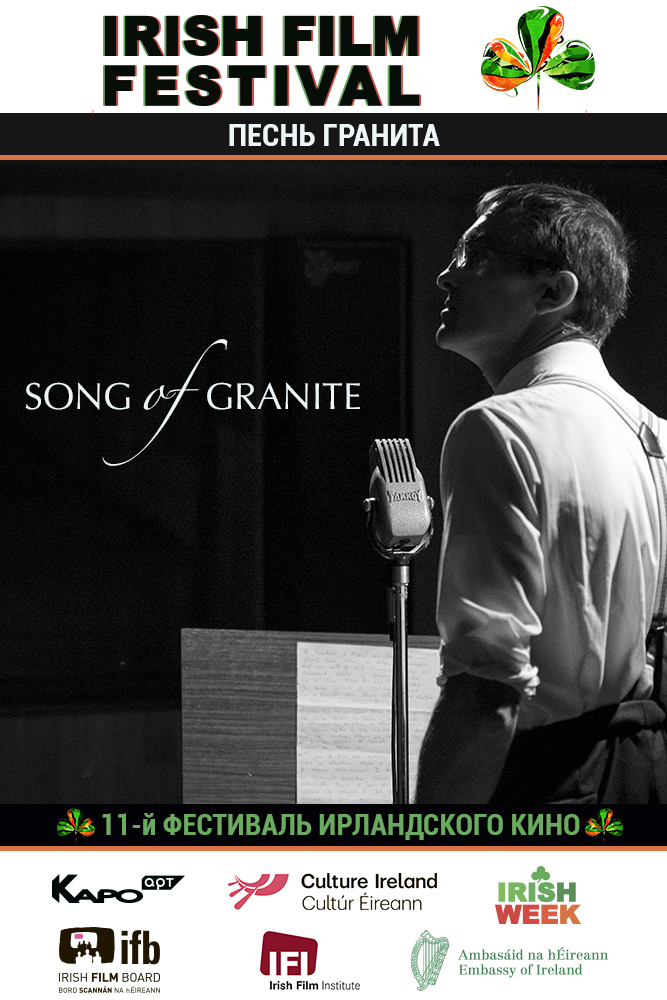