An arthritic Nova Scotia woman works as a housekeeper while she hones her skills as an artist and eventually becomes a beloved figure in the community.

Maudie is a biography film directed by Aisling Walsh and starring Sally Hawkins and Ethan Hawke. A co-production of Ireland and Canada, the film is about the life of artist Maud Lewis, who painted in Nova Scotia. In the story, Maud (Hawkins) struggles with arthritis, memory of a lost child, and a family that doubts her ability, before moving in with a gruff fish peddler (Hawke) as a housekeeper. Despite their differing personalities, they marry as her art gains in popularity.

This is a story of a strong character, of hard won recognition for never ending belief in self and celebrated persistence with creativity and art.

It was selected to be screened at the Toronto International Film Festival and won a number of awards at other festivals. It was also nominated for awards for Hawkins’ performance, and for seven Canadian Screen Awards, including Best Motion Picture.

“This year`s first Oscar-worthy performance from Sally Hawkins and Ethan Hawke. One of the year`s best films”
Scene Creek

“What shines through is the beauty of Guy Godfree’s cinematography — the light has a lovely, soft stillness to it, like a painting — and a remarkable performance by Hawkins, whose impossibly wide smile seems to bring the sun.”
The Seattle Times 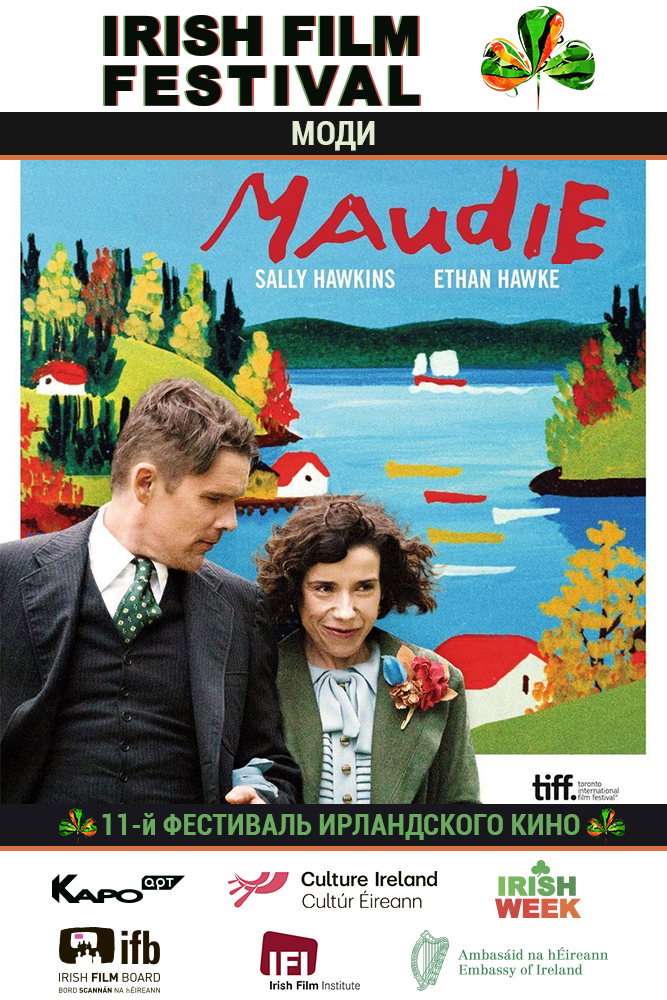