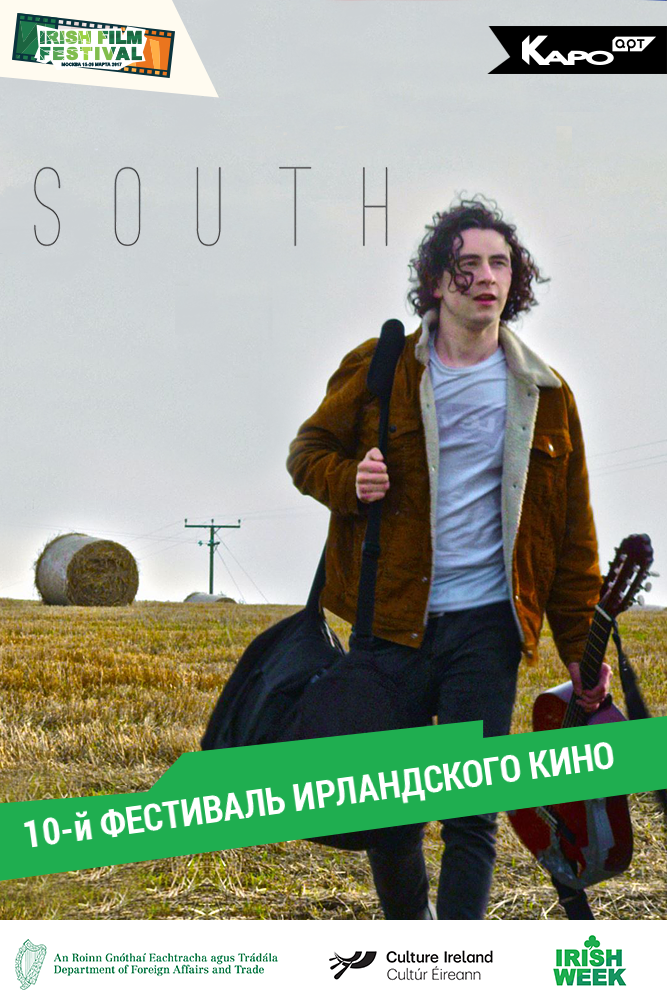 The latest in a seemingly new-wave of uplifting Irish cinema, Gerard Walsh’s sophomore effort, South, stars newcomer Darragh O’Toole (Red Rock) as seventeen-year-old Tom, an aspiring musician suffering from stage fright. Following the death of his supportive single father, the protagonist decides to journey from his home county of Galway to Dublin to track down his estranged mother. On the way, he meets Jess (Emily Lamey), a free-spirited girl with whom he forms a bond.
Winner at the Fingal Film Festival for Best Feature, South is an amiable coming-of-age drama that captures warmly the awkwardness of youth, e.g. trying desperately to get served in off-licences to impress the opposite sex, getting into conversations with odd people by accident and not knowing how to excuse oneself.

“The musical theme and lovely handmade feel would mark this low-key, indie charmer as This Year’s Once.”
The Irish Times