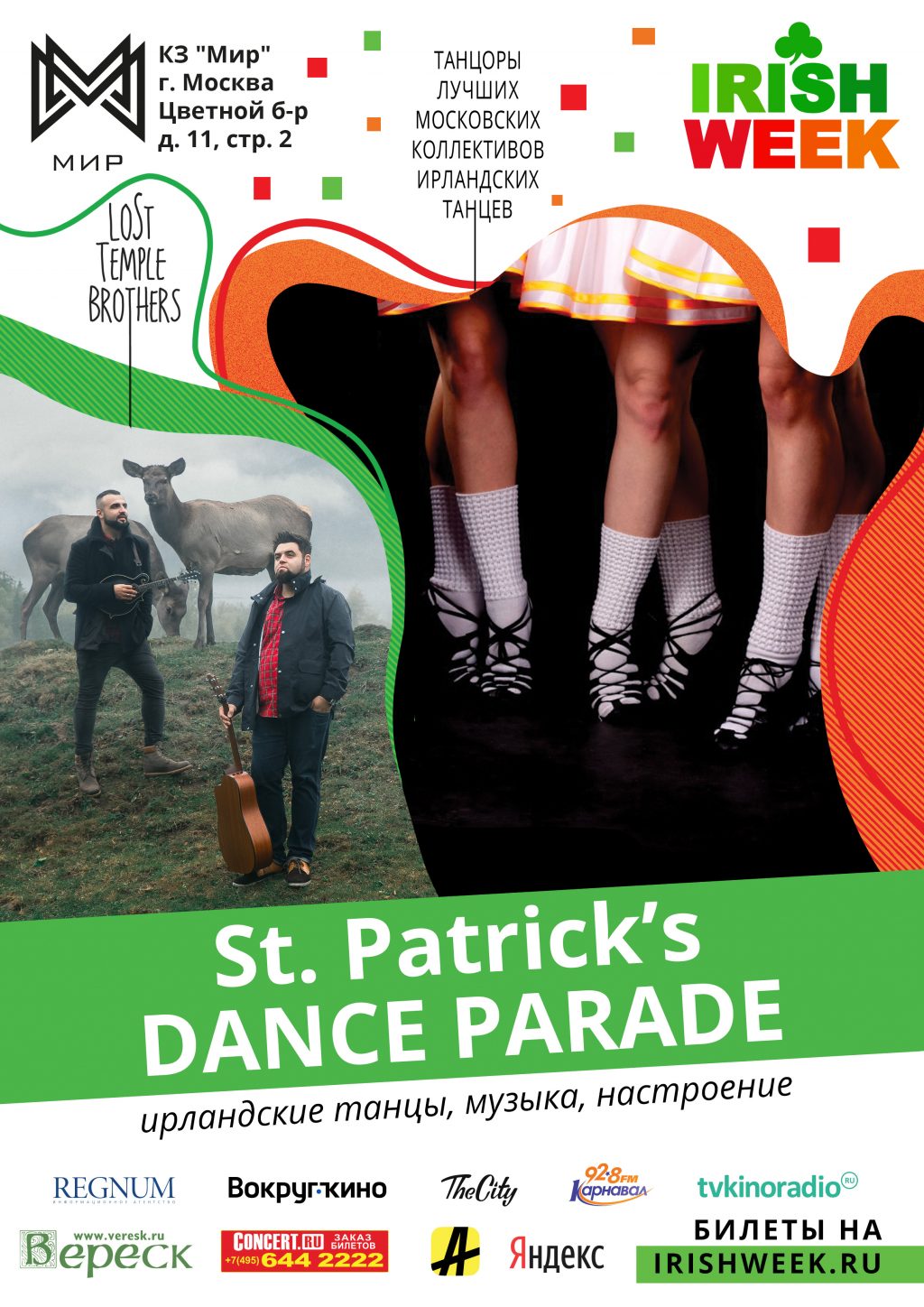 St Patrick’s Day as well as Irish Week in Moscow is impossible to imagine without a bright dancing event. This year, dancing forms part of the festival, which is represented by the St. Patrick’s DANCE PARADE SHOW. This will be performed by the Moscow dancing groups. The wide variety of Irish dancing will be demonstrated – from Lord of the Dance style performances to the old-school step sean-nós.

On the stage of the concert hall ‘Mir’ (50m from Tsvetnoy bulvar metro station) the dance festivity will be created by the dancing groups admired by audience for many of the past years.

The Irish week has always been famous for its excellent music and the St. Patrick’s DANCE PARADE will carry on with this tradition – the LLOST TEMPLE BROTHERS band will perform during the whole evening. In the best Irish traditions, the band was founded by 2 brothers that masterly play the mandolin and the guitar joined by other musicians later. The band took the Moscow Celtic stage by storm and became popular in the capital and outside it.

In accordance with law requirements the amount of tickets on sale is limited by 50% of hall capacity.

Choose the best seat in advance: 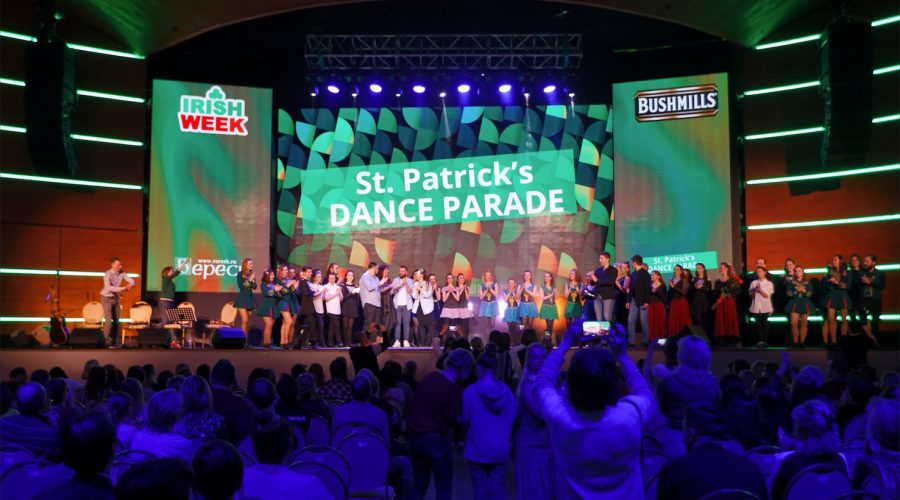 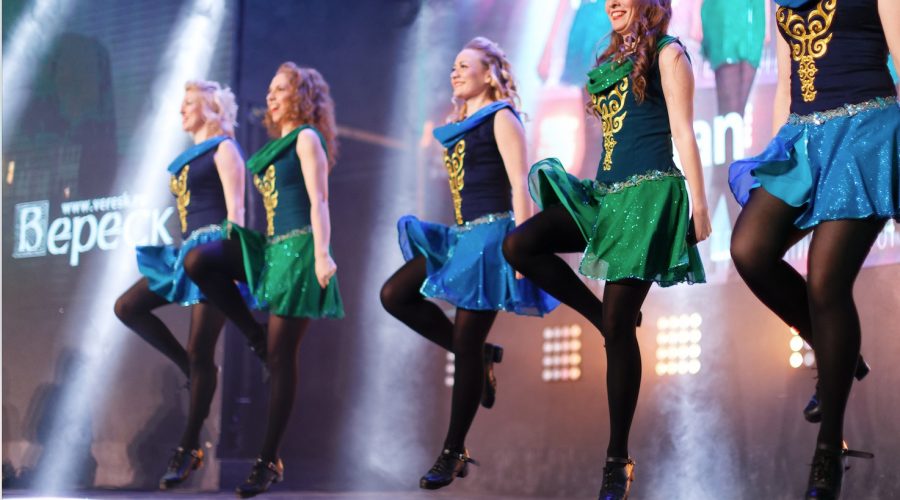 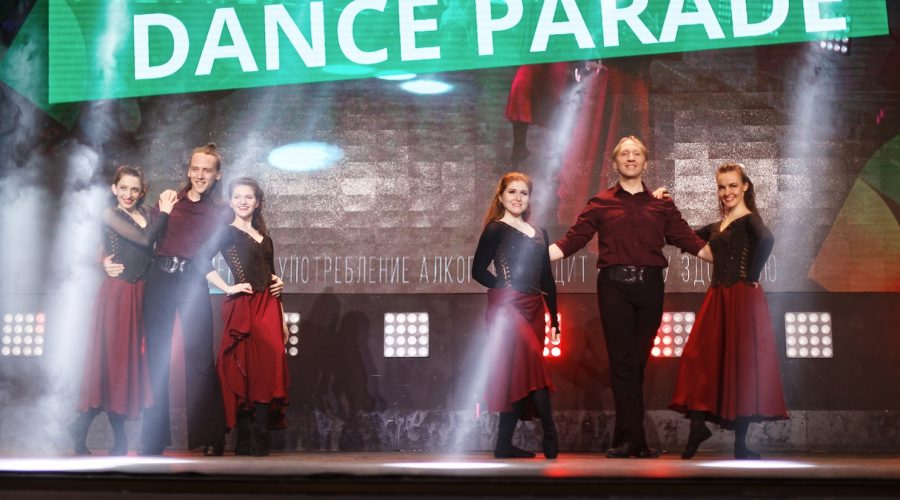 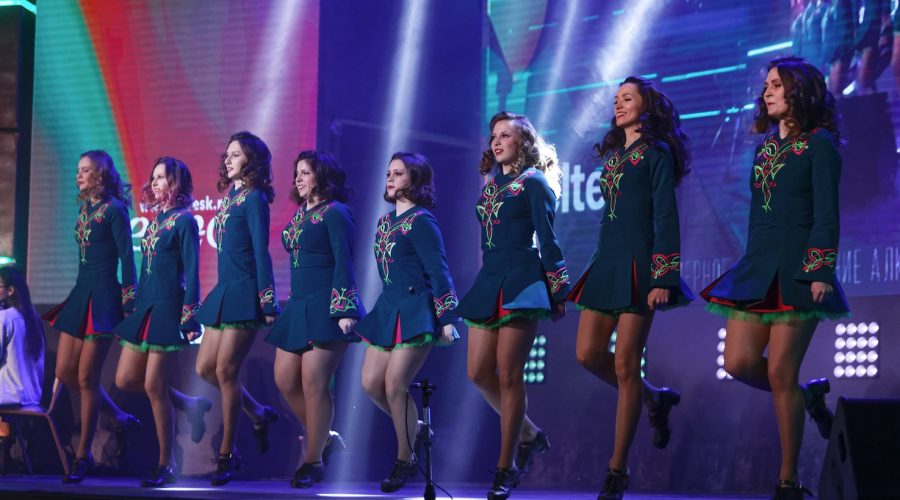 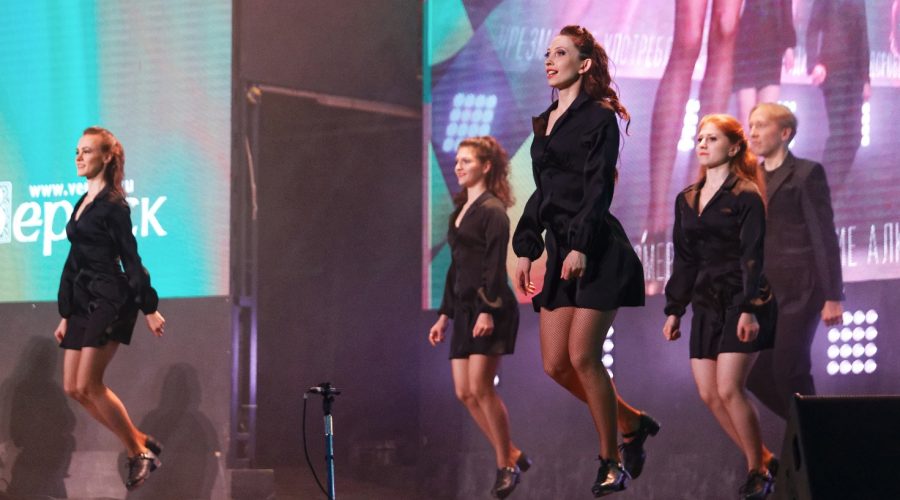 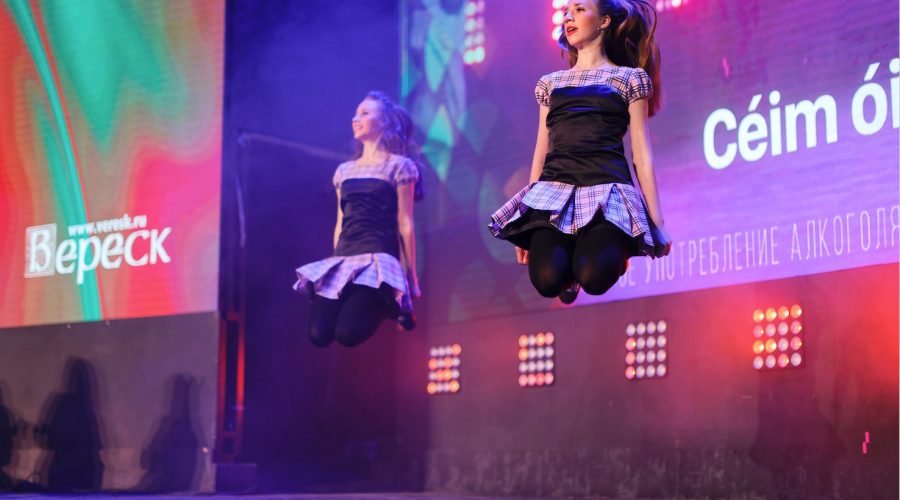