SONG OF THE SEA
ПЕСНЬ МОРЯ

The film will be screened with Russian audio translation.

Song of the Sea follows the story of a young Irish boy named Ben and his younger sister Saoirse who can turn into a seal. When Saoirse’s magical nature reveals itself, the kids embark on an adventure through the world of faeries.

Song of the Sea is an animated fantasy film from the legendary Cartoon Saloon studio in Kilkenny, Ireland.

Song of the Sea follows the story of a 10-year-old Irish boy named Ben (David Rawle) who discovers that his mute sister Saoirse, whom he blames for the apparent death of his mother, is a selkie who has to free faerie creatures from the Celtic goddess Macha.

Like other Saloon films, the film was hand-drawn. The film began production soon after the release of The Secret of Kells (2009). The film received acclaim and was nominated for the Academy Award for Best Animated Feature at the 87th Academy Awards in 2015.

“Folky music and Studio Ghibli-level flights of eerie fancy are obvious pleasures, but even more subtle and entrancing is the way Moore and his team use echoed shapes to suggest hidden patterns in nature and parallels between the real and the mythical.”
The Guardian

“Visually, this is an exquisitely composed film, and it teems with curiosities and compassion. If on occasion the story seems to wander, it arrives at an enchanting destination.”
Empire 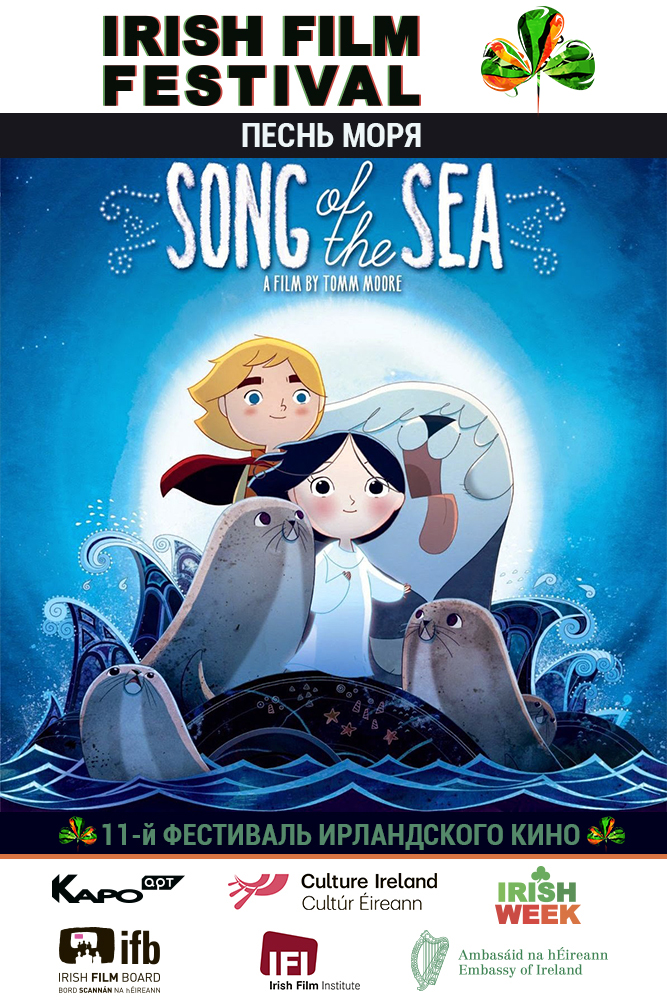